Items for sale by members

I have 2 Beacon tops from the 1980s. This pattern was based on the original tops. Dennis Baker ordered 20 in 1983 and subsequently others were made, these are from that era. One is a size 38 the other a size 30, in immaculate condition, wool, warm and free to a good home.
Top

I'd love the larger one of the two if it's still going free - you sure you don't want anything for it?

Mark it's yours if you want it. FOC.
Top

thanks - have sent you a private message
Top

I guess that must be one of the old red types with greenish ice cream cone on the front. I had one but gave it to Paul Prince to display on his wall at Cultracing.

They were produced by Impsports and the tops fitted very well but the shorts, well all can do is

Philip Whiteman wrote: ↑
19 Nov 2020 14:23
They were produced by Impsports and the tops fitted very well but the shorts, well all can do is

The Impsport ones wouldn't have been wool though, would they? 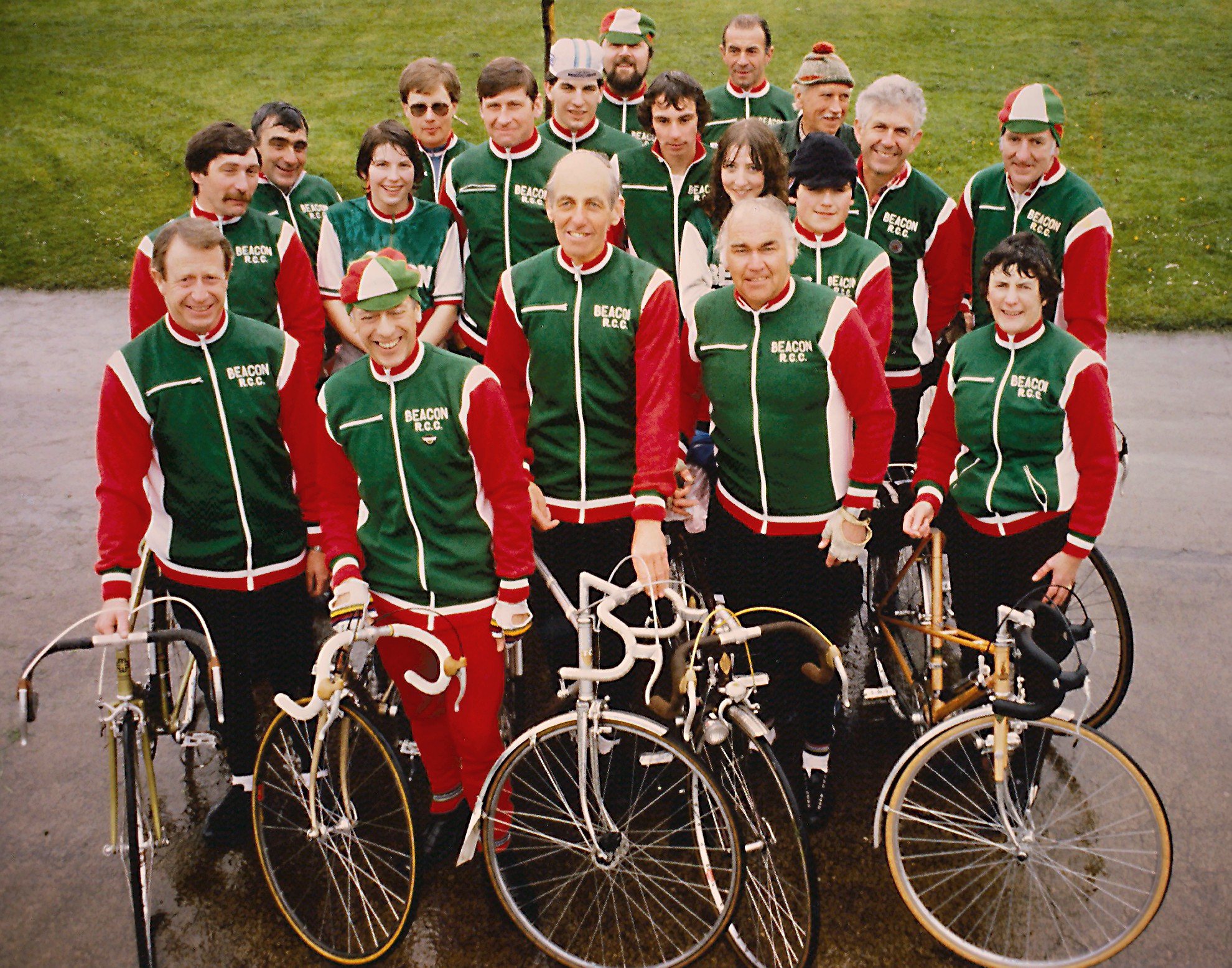 The tops in the picture linked by Laurenece were indeed from the 80s. Someone at the club, whom I won't embarrass by naming him, but who has something of a reputation for hoarding old bikes and old kit, still has one of those in the loft.

However, Charlie says "based on the original design", whereas, if I recall, those winter tops were actually an on-trend contemporary design. So I wonder whether he actually means the racing jersey design in use at the same time:

The jersey in that picture dates from about 82 or 83. It's not actually wool, but it might reasonably be described as 'woolly', actually being knitted acrylic.
Top

Hi George.
I thought you would have had them mounted in a frame hanging on the wall of your trophy room.

is one still up 4 grabs?
formerly BeaconNewb
Top
Post Reply
9 posts • Page 1 of 1

Return to “For Sale”