Message Board for Members and Friends of Beacon Roads Cycling Club
http://www.beaconrcc.org.uk/message_board/

by WorcsPhil
An excellent Audaxy-type of weekend...well done to all the Kidderminster Killer and Clee to Heaven organisers, helpers and riders. All of that excitement meant that we only mustered 10 people out on club runs, but thanks to Andy Wrightson and Neil Evanson for leading the one run to take place...Andy is getting a reputation for having a big day out on the bike and/or cracking his ribs then being out on the club run the day after. Hardcore.

So a big shout out again for leaders for the last week of July and August/September...we have a few non-club run weekends due to Beacon events so get yourself organised and put yourself down to lead JUST ONCE!...we have just 3 leaders named so far in the July/August/September thread and each has led over a dozen times this year, variety is the spice of life, so please get your name down before the leaves start turning brown and your thoughts turn to winter bikes.

I'll lead a C run on Sunday to flyford flavell

Same route as Andy W lead not too long ago.

Maybe a good idea if anyone can also add the route to their garmin, due to very possibility of getting lost.

by Dave Cox
That's great Gemma, I hope to join you if my back ache clears up. Gardening or anything involving ladders is definitely not good for you. My bike can find its own way to Flyford so we won't get lost.

The A-run this week will be to Honeybourne and will be something like this:
https://ridewithgps.com/routes/17912354

This is exactly 100kms, flat, and a good antidote to the excessive climbing that has been going on recently. Come out and enjoy.

...and can we have a B-run leader please!

...finally, good luck to all those on RideLondon this weekend...a great route for riding fast.

by PhilG
I will lead to Evesham. Not being a great fan of Raphael's Plan A is to stop at the Farm Shop that we went to a couple of month's back, but if the group as a whole wants to go to Raphael's then it is OK. Either way, expect a route of about 65 miles that will almost certainly return via the Lenches. Other than the Lenches it should not be too hilly.
I intend to post a route by lunchtime.

by PhilG
I have decided to use Neil Lynch's route from 21st May - https://ridewithgps.com/routes/20064699
Unless there is a preference for Raphael's we will stop at Hampton Farm Shop after about 37 miles, otherwise we will stop at Raphael's a mile or so later.
Total length 65 miles or so.
I am guessing that the turnout will not be great due to the holidays and the fact that there was no B run leader until Saturday morning, so pace will be to suit those who turn up.

by PhilG
The B run encountered rain before we got to Evesham. What started as a drizzle became proper rain, followed by a downpour. And then 3 minutes later the roads were dry and the sun was shining. I think everyone had dried about by the time we left the café.
We had one new rider today (Will, I hope you enjoyed the challenge) and one new to the B run (John).
On the ride today were:
Phil Gameson (leader)
Will Porter
John Roberts
Si Walker
Oliver Timms
Martin Vowles
Neil Evanson
Thanks to Oliver (I think!) for seeing Will back over the Lickies.

by WorcsPhil
Surprised to read that the B-ride had rain as we couldn't have been many miles from you but we had a perfectly dry day!

On a speedy (>30kph) A-ride to Honeybourne today were:

by slogfester
Thanks Phil for a great route today. Our average was faster coming back

Lovely neck of the woods, but it would be good to find a better cafe nearby. The Dinosaur Diner had all the charisma of a school canteen! I wonder how much they paid for a machine with lots of buttons all delivering a watery Nescafe

Great relief to get home: 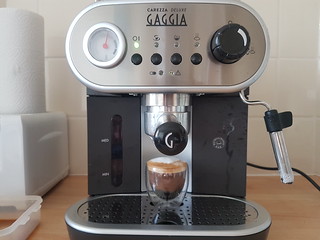 by slogfester
By the way, Baron Prescott may have been at the cafe, but he had two Jags round the corner in the car park

Gemma Johnson (leading)
Dave Cox
Dave Cole
Pete Norman
Adrian McHugh
Ifor Jones
Rob - can't remember his last name
There was also another chap with us but as my house mate washed my beacon top with my list I can't remember!

If anyone can supply names that's would be lovely.

Thanks to Dave and Dave for shortening the route and making us miss the rain!

by Gemma_j1983
Also at the cafe stop with Andy Terry were Tony Webb, Jane Herrin, Wally Lowe and Sue Pemberton

Thanks Andy for giving me these name!

by Dave Cox
Rob Parker was with us to Flyford Flavell

by George
It was a great pleasure to see the C-runners on Sunday and to see that Gemma has joined the ranks of capable leaders.

Irrelevant to the club run list, but of possible interest to people who have been around a while: Simon Hughes was there as well, together with a young woman whose name I didn't hear.
All times are UTC+01:00
Page 1 of 1